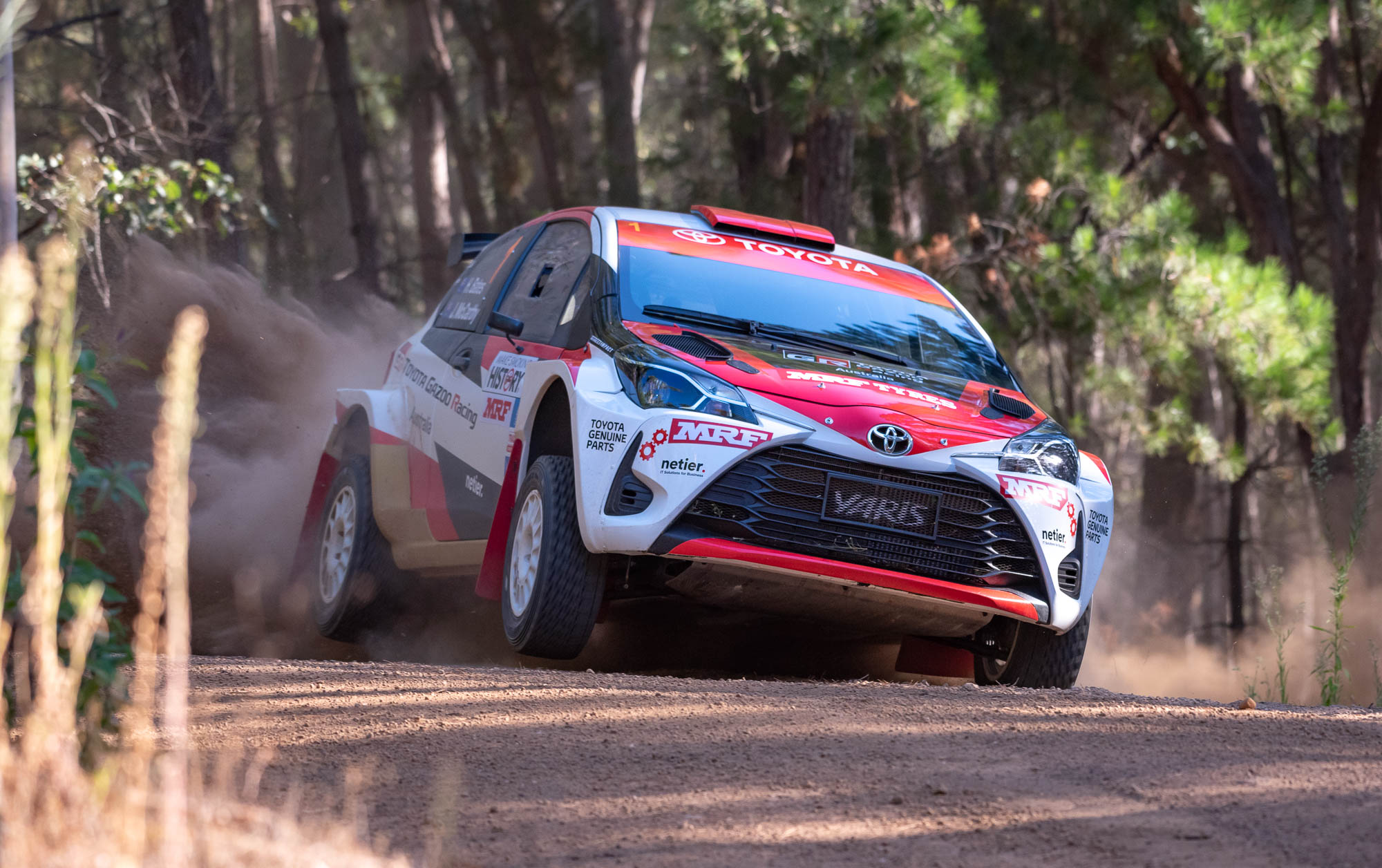 Going into the day in second position by the narrowest of margins (0.1 seconds) Bates was quick out of the blocks on the opening forest stages building a strong lead by the first morning service which he held for the remainder of the day.

“It feels great to start the rally – and the new season – with a win. I don’t come here (to WA) and expect to win from car one on the road but we were probably able to capitalise on a couple of other people’s issues this morning and do that so it feels perfect,” Harry Bates said.

“It’s always a funny feeling here because there is a big build up to day one and it’s always very tough but this rally can bite hard and no matter how well you go on day one you have to back it up on day two,” he continued.

“We have to go to Busselton tonight for the long stage there to kick of Heat Two and then we have to go out tomorrow and do probably an even more challenging day, so tonight we just have to focus on getting our notes right for tomorrow, doing a bit more work on the video and getting a good night’s sleep,” Bates said.

“We’re really happy, it’s a lot better than what we ever expected and the Yaris felt great today, it gave us lots of confidence. There was a new stage in the middle of the day and we managed to win that so hopefully we can do more of the same tomorrow,” Lewis Bates said.

A few minutes off the pace, but just as exciting to watch as ever was former Ford factory driver Darren Windus who returned to the Make Smoking History Forest Rally for the first time since 2010.

Away from the battle at the front of the field the eyes of everyone in the service park were on the results of 18-year-old Victorian Troy Dowel who is contesting his first rally since being diagnosed with Acute Leukemia in 2018.

“It just feel so good to be back in a car. It was a lot of fun, I really enjoyed the fast roads in WA and I did everything that I wanted to do, I can’t wait until tomorrow,” Dowel said. 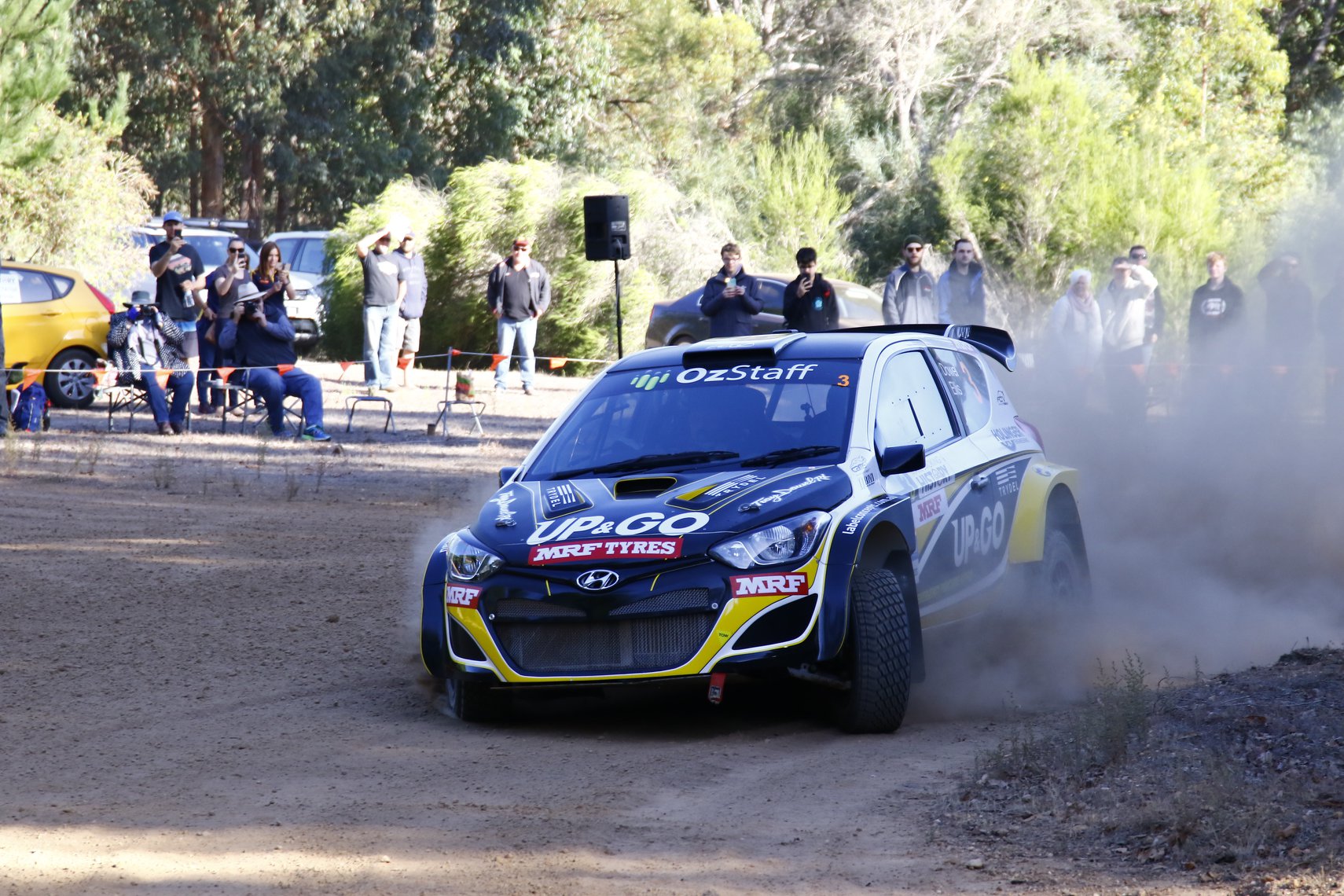 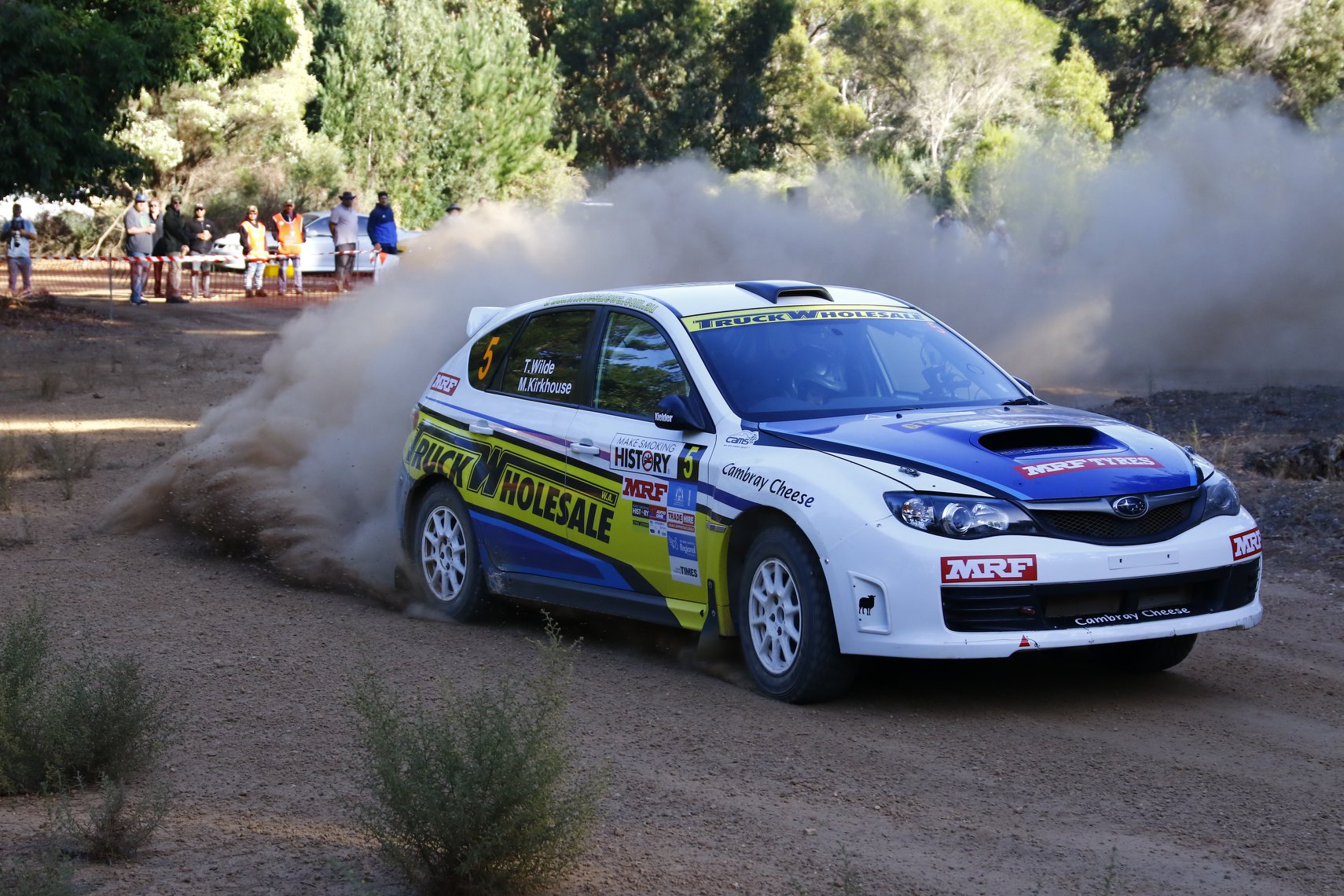 The Make Smoking History Forest Rally is being held in Busselton and Nannup in WA’s Southwest from the 5 – 7 April and is the opening round of the CAMS Australian Rally Championship and CAMS Zestino Tyres WA Rally Championship.